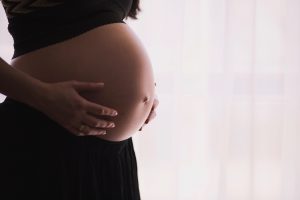 Diets that are high in protein and lower in carbohydrates have been popular recently, thanks to trends towards the Paleo and ketogenic-style diets. But are these diets beneficial for women looking to lose weight after childbirth?

Women who do not return to their pre-pregnancy weight may be more prone to weight retention, eventually leading to obesity and increased risk of other chronic diseases. There are risk factors for weight retention after childbirth including reduced duration of breastfeeding and low physical activity levels.

There have been many studies to support a high-protein, low-carbohydrate diet approach with weight loss in the general population. However, there is minimal evidence for the effects of this approach with post-partum women.

Until recently, only one observational study has been conducted, suggesting greater post-partum weight loss with a high protein diet. To further explore the impact of a low-carbohydrate, high-protein diet on weight loss post-partum, researchers conducted a randomised controlled trial.

A 6 month parallel-randomised controlled trial was designed. 94 women recruited from a maternity ward in Brazil took part in the study. Inclusion criteria included age 18-45 years, BMI of ≥26 immediately after birth, pregnancy with one infant and between 4-8 weeks post-childbirth. Participants were excluded if they had any pre-existing chronic disease.

The women were randomised into two groups – an intervention group with a low-carbohydrate, high-protein diet and a control group with a standard diet. Both diets were 1800kcal/day.

The intervention group was advised to restrict carbohydrate content to a maximum of 3 portions per day of bread, pasta, rice, potato or root vegetables, and to avoid carbohydrates at dinner. They were instructed to eat 4 portions of beans, 3 portions of dairy and 2 portions of meat, eggs and fish per day. They were also provided with 6 x 125g cans of sardines per month to boost their daily protein intake.

On the other hand, the control group was giving nutritional advice based on the nation guidelines of 15% protein, 60% carbohydrate and 25% fat. They were instructed to consume 6 portions of bread, cereals, roots and tubers, 1 portion of meat, egg or fish, 2 portions of dairy and 1 portion of beans per day. They were also provided with 2kg of pasta per month.

It was concluded that a high protein diet was more effective in promoting weight loss post-partum for women with overweight and obesity than the standard dietary guidelines. A higher consumption of carbohydrates was associated with weight gain.

The researchers also suggested that use of a structured dietary plan that allows flexibility but limits choices is beneficial for weight loss efforts. Increasing protein intake may be an effective strategy for maintaining a healthy body weight during the post-partum period.

What’s behind the urge to eat? Unpacking emotional and uncontrolled eating.

Researchers in Finland have established a connection between feeling burnt out at work, and eating…

It’s time to set the record straight. The only reliable way to lose weight is to eat less or exercise more. Preferably both.

Is Weight Loss About Food Quality, Not Quantity?

Conventional thinking tells us that eating less will lead to weight loss. There are myriad…

Probiotics have been shown to have anti-obesity effects, but exactly how they work to support…