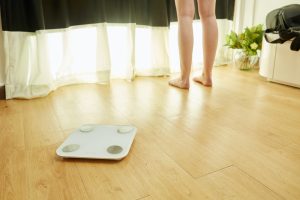 Everyone has heard that eating too little puts your body into ‘starvation mode’. As a natural response to long-term calorie restriction, your body reduces your resting metabolic rate, which is also known as metabolic adaptation.

But does metabolic adaptation actually slow down weight loss or fat loss in any measurable way?

Metabolic adaptation is a reduction in energy expenditure below predicted levels in response to weight loss. It is a controversial topic in terms of whether it exists and if it is clinically relevant.

Although some studies have explored the existence and extent of metabolic adaptation, there is little to support its clinical relevance. There was no research at the time showing that metabolic adaptation led to less weight loss or greater weight gain.

Researchers designed a study to determine the association between metabolic adaptation, weight and fat mass on a low energy diet.

The original study was an 8-week randomised controlled trial analysing the maximum carbohydrate intake associated with appetite suppression in low-energy diets. Participants were adults with a BMI ≥ 30, weight stable (<2kg within the previous 3 months) not dieting or using medications known to affect body weight, appetite or metabolism.

Due to the effects of the menstrual cycle on RMR and appetite, the researchers only included post-menopausal women, women on oral contraceptives or those with a normal menstrual cycle (26-30 days length) to ensure all measurements were taken in the same phase of their cycle.

Participants were randomised to one of 3 isocaloric 1000kcal.day diets containing either 70, 100 or 130g of carbohydrates per day. Some products were provided including shakes and soups.

On average, participants lost 14kg±4kg, and presented with metabolic adaptation of 92±110kcal per day after adjusting for confounding factors.

The researchers noted that for the participants with the greatest metabolic adaptation, this would mean losing 3kg less weight and 2.7kg less fat mass.

It was concluded that in individuals with obesity, metabolic adaptation at the level of resting metabolic rate is associated with less weight loss and fat mass loss in response to a low-energy diet.

The main limitation of the study noted by the researchers was that dietary adherence was based on the assumption that energy needs = resting metabolic rate multiplied by physical active level. However, they did note that this was minor and would likely only mean a difference of 40kcal per day.

Further research is required to confirm the effects of metabolic adaptation on weight and fat loss in the greater population.

“May Contain Traces” – How Useful Is Precautionary Food Labelling?

Incidents of food allergy seem to be on the rise, with more and more of…

Interesting findings from new research suggests the fat-busting algae could be the future of slimming,…

Fitness After Fatherhood – Impacts And Impairments

You lead an active life, keeping fit thanks to Friday night football and weekend cycling…

The Mind-Body Benefits Of Tai Chi

The more we learn about living a healthy life, the more we understand that our…