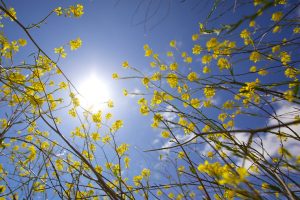 Both vitamin D deficiency and obesity are major health concerns across the globe. Estimates suggest that over half of people worldwide experience vitamin D deficiency, and over 1 billion people are classified as obese. Both conditions can have serious health implications due to co-morbidities.
Some research has identified links between obesity and vitamin D deficiency. But what is not yet clear is whether there is a direct link between the two conditions.

Background
Previous studies have demonstrated that obesity can increase the risk of developing a vitamin D deficiency. Others have reported that vitamin D insufficiency can increase the risk of conditions such as type 2 diabetes, heart disease, hypertension and obesity.
However, there has been little research to explore whether the therapeutic supplementation of vitamin D can aid with weight loss in overweight and obese women.
The study
A 6 week double-blind clinical trial was designed, in which 50 participants took part. Participants were women aged between 20-40, with a BMI higher than 25. Exclusion criteria included smoking, thyroid disorders, diabetes, participation in other weight loss program, weight loss within the previous 2 months and pregnancy.
The participants were divided into 2 groups – a vitamin D group and a control group. The vitamin D group were given 50,000IU of vitamin D, and the control group received a placebo supplement.
Participants reported their physical activity and daily amount of sun exposure. Their average diet was assessed prior to the trial to ensure there were no significant differences in intake that could affect their body composition or vitamin D levels.
Researchers took measurements to monitor blood lipids, blood sugar regulation, inflammation, body composition, weight and blood pressure. Serum vitamin D was also recorded before and after the trial.

The results
The vitamin D group saw significant reductions in weight, waist circumference and BMI. On average, they lost 1.6kg, reduced their waist measurement by 2.4cm and their BMI by 0.8. There was also a significant increase in serum vitamin D levels, jumping from an average of 22nmol/l to 84 nmol/l over the 6 week period.
However, there were no significant changes to other measurements, including blood lipids, inflammatory markers or blood glucose and insulin levels.
The control group also experienced a significant increase in vitamin D levels, from 18nmol/l to 24nmol/l. However, their weight, BMI and other anthropometric measurements remained the same as the baseline. There were also no significant changes in other biochemical measurements in the control group.

Conclusions
The researchers concluded that 6 weeks of vitamin D supplementation may cause reductions in measurements such as weight, BMI and waist circumference.
However, there were limitations noted by the researchers. The trial was quite short, so it’s not yet known whether participants could continue to benefit or maintain weight loss after completing the trial period. There was also an increase in vitamin D levels in the control group, which was attributed to the change in weather as summer had begun.

Driving Changes To The Obesogenic Environment

Should health be a personal or a public responsibility? It’s a question for the ages,…

How did we end up fatter, sicker and weaker?

Fatter, sicker and weaker than ever before—unfortunately, that’s the current health status of many people in…

Men are often overlooked when it comes to weight loss interventions and research. This is…